One of my earliest memories is writing short stories – which were most likely about my pets. I especially liked writing about my border collie, Jack and probably my hamsters. I read books from a young age and I think that was a big inspiration for me becoming a writer.

When I left school at 13 due to health reasons and became homeschooled I didn’t know what to do with myself. I lost out on the social aspects of school as I always had to go to the hospital or be off sick all the time. But this also provided me with the time to actually sit down and write.

Over the past few years as my health declined, writing became an outlet to help with chronic pain and illness. I started writing novels in my late teens – most of which I never finished. My grandparents bought me a writing course when I was 16; I started it but didn’t pick it up again until several years later.

After my being told I would never be able to work and giving up on my dream of studying law, I decided to give the writing course another go. During that time, I still carried on writing novels but doing the writing course introduced me to other forms of writing. Typing on the computer became very hard for me so I switched to using voice recognition software called Dragon Naturally Speaking. Without that, I wouldn’t be able to do any of the things that I do.

I later went on to study copywriting, proofreading and social media marketing through the College of Media and Publishing. These courses really inspired me and gave me the confidence the start working from home.

With encouragement from my grandparents, I decided to have a go at publishing my first novel myself. I’m a very independent person so self-publishing was the right route for me. Despite a lot of ups and downs with a bad editor and bad formatters, I published my first ever fantasy novel in March 2015.

I honestly think writing helps me to cope with my disabilities and seeing my first book in print was an incredible feeling.

What inspired you to be a writer? 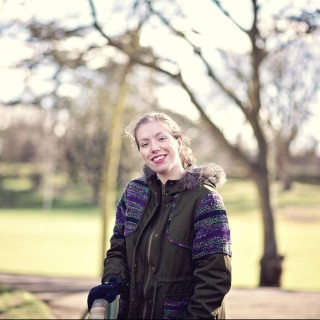